We are a Yoga School in Goa, India motherland of Yoga. We started our journey in the year 2009 in a small village town in the Himalayas with our first Multi Style yoga teacher training which became our most popular teacher training course.

Our yoga school was founded by Karo & Ajay. Karo comes with years of experience in her yoga practice & when she moved to India she went for a Yoga Teacher Training in the south of India in a traditional yoga school. As much as she enjoyed her yoga teacher training there she did realise that teaching techniques used in a traditional school are very dogmatic & create an image that yoga has only interpretation in its practice.

Ajay comes with year of experience in community living & using meditation as a tool to self explore. 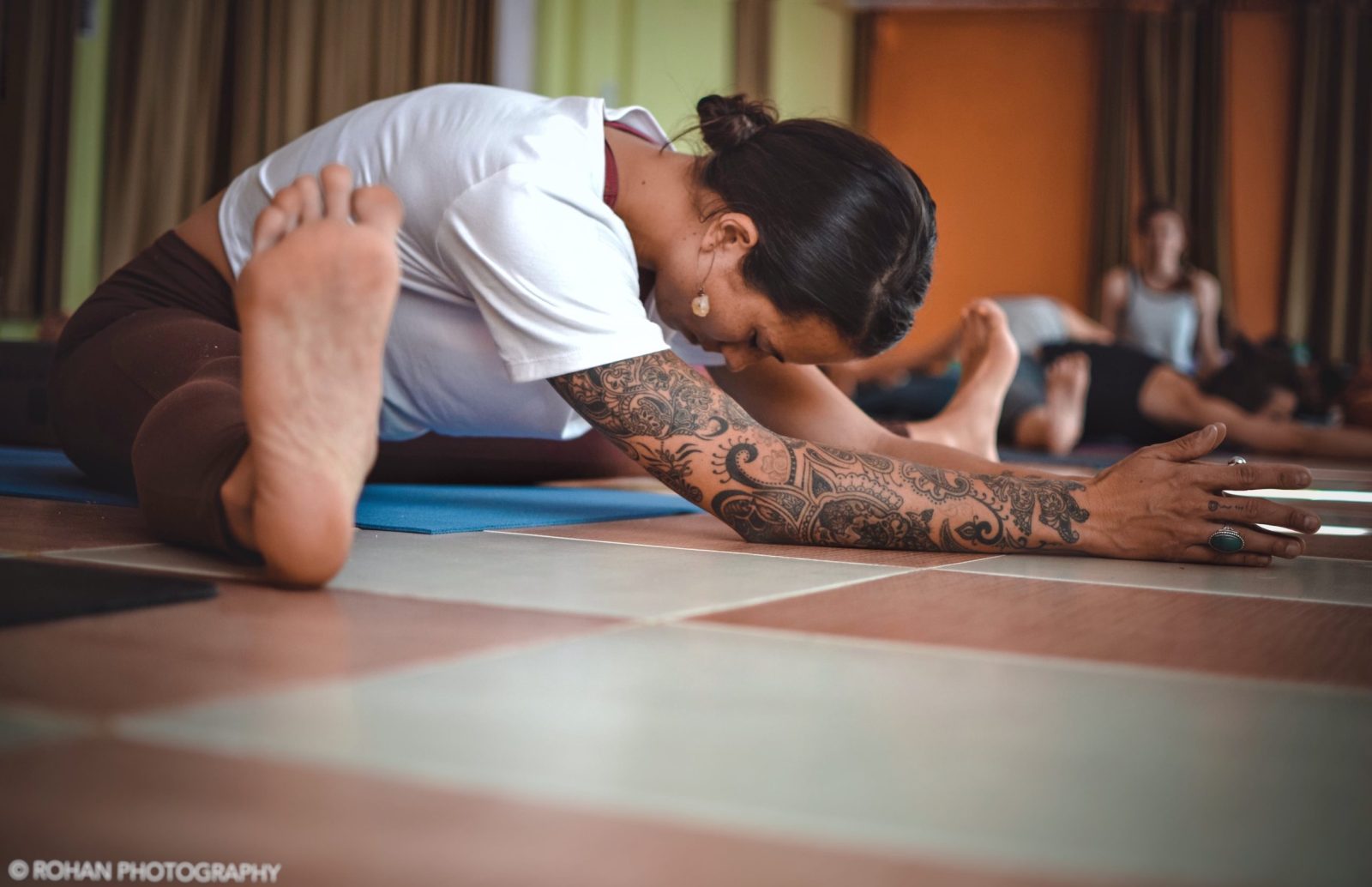 So along with Ajay she went on this journey of making yoga more accessible with different interpretations & focusing on rather using yoga as tool to self heal reaching out to others who needed this irrespective of their level of practice or age. The objective was always to make yoga an important tool in life to be used to improve our own self awareness. Our name “Trimurti Yoga” in sanskrit means “three forms” or “trinity”, in Hinduism, triad of three gods Brahma, Vishnu, and Shiva. In which the cosmic functions of creation, maintenance, and destruction are upheld by these triad of deities. Similar to this we believe we need to constantly evolve ourselves to be better beings & that needs the same process of destruction of self, creation of the new & sustenance of those habits.

We at Trimurti Yoga call ourselves a Yoga Laboratory & a modern traditional yoga school. We can be compared to a tree with our roots deeply grounded into the traditional values of yoga while we are modern in our outlook respecting the western understanding of the physical body. We combine the best of what the east and west has to offer in our yoga teacher training. Our teaching team is a fine balance of the same between teachers from India & the across the world.

Our yoga teacher training will provide you with all the necessary tools to be an effective yoga teacher. We believe in making yoga accessible to all irrespective of which stage of yoga practice you have. Our teaching team comes with years of rich experience training students from all over the world.

Over the years we have expanded our presence across the globe with our presence in Bali, Indonesia & many other countries in different continents. Our students have played an active role in making this possible for us.

1. Early Bird Discount: Students who apply 2 months before the course get additional discount of of 100 Euros on above prices

2. Buddy Discount: Get additional discount on fee of 100 Euros when you bring another friend on the course.